1956 - 1968", is due to open in Rome's Scuderie del Quirinale on 26 October. Organized by Walter Guadagnini, the exhibition comprising over 100 works by some 50 artists is designed to tell the story of the movements that made art history and culture in the second half of the 20th century in the four corners of the western world

Pop art is an art movement that emerged in the United Kingdom and the United States during the mid- to late-1950s. The movement presented a challenge to traditions of fine art by including imagery from popular and mass culture, such as advertising, comic books and mundane mass-produced cultural objects. One of its aims is to use images of popular (as opposed to elitist) culture in art, emphasizing the banal or kitschy elements of any culture, most often through the use of irony.

a cura di Walter Guadagnini. Exhibition catalogue (Rome, 26 October 2007 - 27 January 2008). At the Scuderie del Quirinale in Rome a great exhibition curated by Walter Guadagnini presents – 50 years after the beginning of the movement – a concise and high-quality analysis of the main themes and artists of the Pop Art. The time frame is from 1956 to 1968, which symbolically represents the end of the movement from the cultural and social point of view. Published 2007 by Silvana in Cinisello Balsamo, Milano. Pop art, Exhibitions. Catalog of an exhibition held at the Scuderie del Quirinale, Rome, Italy, Oct. 26, 2007-Jan. Includes bibliographical references (p. 308-309). 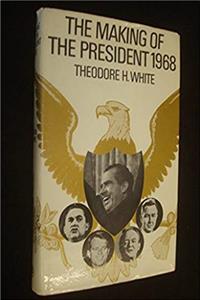 The Making Of The President 1968 e-book Our struggle: The Palestine revolution, 1968-70 e-book Olson/Melville: A Study in Affinity e-book